RAID: Shadow Legends – tactical action rolevka the main focus of which is made specifically on the battle, the format of which unfolds in the style of wall to wall. The rest of the game will not give you any surprises, the events unfold in a kind of fantasy world, all the characters and characters are also made in a fabulous style, collecting the required number of characters you can join the battle. Battles take place in a step-by-step manner, marking each hero you will launch attacks or perform defensive actions and so on until the victorious final. It is worth noting the excellent graphics and vivid animations that give the gameplay dynamics and action.

Battle your way through a visually-stunning realistic fantasy RPG with hundreds of Champions from 16 playable factions.
To save the world of Teleria, you will recruit its most legendary warriors from the forces of Light and Darkness. You must train these champions to fight together, mold them into living weapons, and assemble the most epic raiding parties ever seen.
Your path to victory will see you will master strategies to defeat dozens of boss battles, slay dragons, and crush opponents in the PVP Arena.
To become a legend, you must do more than simply become a hero – you must lead.

DEEP TACTICAL PLAY
Make tough decisions and equip your champions with powerful artifacts to aid them in their quest. Rank them up to unleash devastating special skills, epic AOE attacks, healing powers and more as you lead them in RPG combat. Victory goes to those who build the right teams, with the right skills and abilities, for the right battles.

FIGHT TOGETHER
No hero stands alone. Join forces with thousands of fellow players in cooperative clan challenges as you slay demons for epic loot, rare Champions, and more. For your order to stand above all others, you will need to fight as one.

PVP ARENA
Two teams go in – only one comes out. Go head-to-head with other players to unlock special gear and climb the rankings in intense arena battles. Taking top rankings in the arena will also speed your progress through Raid’s PVE campaign and dungeon battles, offering one of the most cohesive combinations of PVE and PVP gameplay in the genre. Win in the arena – and you win everywhere.

UNPARALLELED RPG CUSTOMIZATION
Choose development paths from different masteries and artifacts to give your warriors millions of possible builds. Like in the best old-school RPGs, you have full control of each of your champions attributes, strengths, and weaknesses. With a little time and strategy, you can skew your dragon slayer towards damage dealer, support, or defense roles – whatever a specific challenge or boss calls for.

COLLECT POWERFUL CHAMPIONS
Collect hundreds of heroes from 16 factions. Assemble balanced teams of Sorcerers, Skinwalkers, Undead, Knights, Elves, and more to defeat your enemies – then recruit them to your side!

VISCERAL 3D ARTWORK
Raid is a mobile experience that looks and feels like a console RPG. Beautiful, fully-rendered 3D heroes offer stunning detail down to the cracks in their armor. Watch them battle through vivid environments with thousands of unique skill and attack animations. From the first dragon you fight RPG to the rarest hero you find, you’re in for a best-in-class RPG experience.

HASSLE-FREE AUTOPLAY
Autoplay levels to spend less time grinding and more time exploring Teleria. Don’t want to run the battle as you fight that dragon boss for the hundredth time? Let the game do it for you. 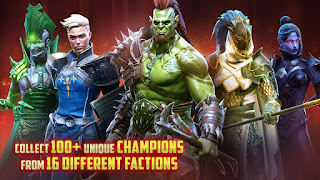 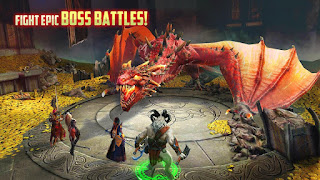 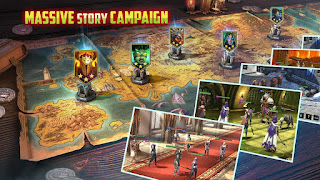 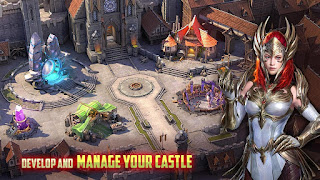 v1.15.3 Original
05/18/2020 – The maximum level has been increased to the 100th, rewards for progress have been added.
– Infinite health for clan bosses.
– The selection of opponents in the Platinum League now depends on the place in the ranking, and not the number of Arena points.
– Improved rewards in the IV Golden League Arena.
– Heroes for merging will now be marked with a special icon.
– Ability to sell attributes in the battle results window.
– Ability to unlock heroes in the Tavern.