Plants vs. Zombies: Garden Warfare is a multiplayer third-person shooter and tower defense video game developed by Pop Cap Games and published by Electronic Arts. The third game in the Plants vs. Zombies franchise, the basic premise revolves around plants defending humankind from a zombie invasion. In the game, players assume control of either the Plants or the Zombies, as they fight in various cooperative and competitive multiplayer modes. Upon completing matches and finishing objectives, players earn coins to acquire stickers that unlock customization items and character variants.

Pop Cap Games began the development of Garden Warfare in early 2012. They decided to eschew the series’ tower defense roots and use the game to introduce the franchise to a broader audience. The team was inspired by other team-based shooters with colorful visuals such as Team Fortress 2. They faced different challenges when designing the game’s eight classes. The game is powered by the Frostbite 3 engine, and the team collaborated closely with Frostbite’s developer EA DICE when implementing its technology.

The game was revealed at E3 2013, and released in February 2014 as a budget title for Xbox 360 and Xbox One. Microsoft Windows, PlayStation 3, and PlayStation 4 releases followed. The game received a generally positive reception from critics, with praise directed at its playful tone, art, combat, and character designs. The game’s progression, lack of originality, and lack of content were criticized. The game was supported by several pieces of free downloadable content upon its release. By November 2015, more than eight million players had played the game. A sequel, Plants vs. Zombies: Garden Warfare 2 was released in February 2016 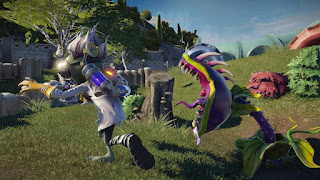 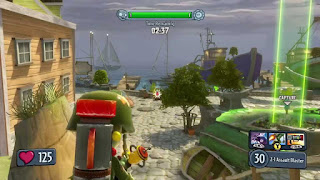 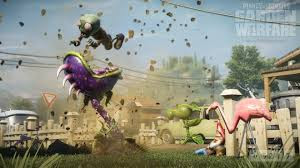