Never Alone, also known as Kisima Inŋitchuŋa (“I am not alone”), is a puzzle-platformer adventure video game developed by Upper One Games and published by E-Line Media based on the traditional Iñupiaq tale, “Kunuuksaayuka”, which was first recorded by master storyteller Robert Nasruk Cleveland in his collection Stories of the Black River People.3 Swapping between an Iñupiaq girl named Nuna and her Arctic fox companion, the player completes puzzles in a story that spans eight chapters. The game was the result of a partnership between the Cook Inlet Tribal Council and E-Line Media.4 It is one of a growing number of video games produced by Indigenous people.

The player-character plays as the Iñupiaq girl Nuna and her Arctic fox.[5] As an “atmospheric puzzle platformer”,6 Never Alone’s puzzles entail swapping control between Nuna and the fox.[5] While the fox is fast, Nuna can pick up things and open new areas using her bola.[6] The story and its structure is based on the intergenerational transference of wisdom. Told in the form of an oral tale, unlike traditional platformer games,

which involve overcoming obstacles and defeating enemies, Never Alone rewards players with collectible “cultural insights” – video vignettes of Iñupiaq elders, storytellers, and community members sharing their stories.7 The central plot revolves around discovering the source of the blizzard that has ravaged Nuna’s village and restoring balance to nature.6 Other stories include that of Blizzard Man, the Little People, Manslayer, the Rolling Heads, and the Sky People. It takes place in a harsh physical environment.8 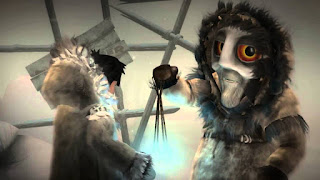 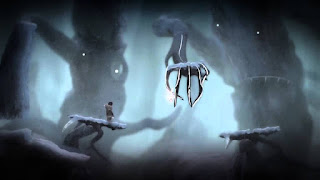 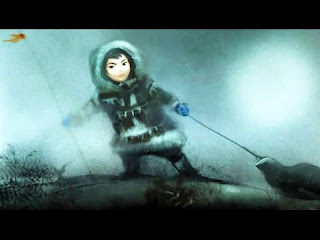