Well, What can I say about Mirror’s Edge that hasn’t already been said. Its a 10 year old game, (releasing November 11th, 2008) It is the forrunner of the parkour genre of games, and that is it’s strongest point. The gameplay parkour wise still hold’s up. It is fantastic, however a bit finicky, it is fun, the movment is mostly fluid and it does well, however shows its age amongst games like Dishonoured and Dying Light. The graphics of a 10 year old game such as this arent normally THIS good, however they are very nice for when it was released. The soundtrack is not the best but it is still amazing when compared to a large portion of games, Its very action heavy feeling and it gets you in the mood for the game. The cutscenes and combat are where the game is very poor, The cutscenes feel very shoehorned into the game and do not look good, Sure the asthetic can match in some ways it just doesn’t fit in my opnion, and the combat, It is abysmal. it gets bland and boring, Most of it can be avoided if you play well enough. The shooting is very poor, the hand to hand is boring because well, everyone has guns. The most interesting combat happens in about chapter 7-8 and it is super anti-fun simply because of how it works. If they focused on that kind of combat balancing and made it so your night fighting 2-3 of them at a single time I think it would have been more fun, Oh well. The story is also kind of weak if i’m honest. It is also very short. I spent about an hour paused or in menus with this game, so the overall completion time is around 4 hours. One of the shortest games I have played. Which i suppose has merit but not to me. Overall, I do reccomend the game, However since Catalyst is avaliable on Origin I would suggest buying from there, or buying this here and on sale. Hope this helped ! 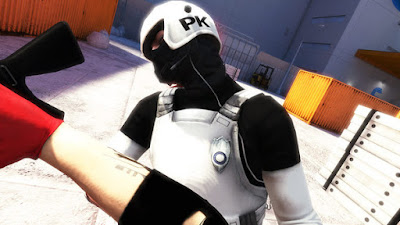 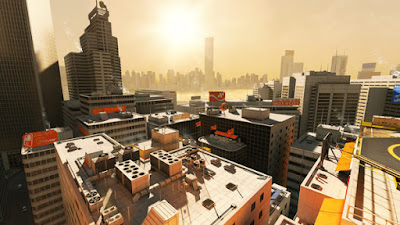