Grab your guns and bring your guts to survive the ultimate action-shooter game, Left to Survive.

Danger lurks everywhere. Survive against zombies using rifles, grenades, shotguns, and anything in your arsenal to secure safe havens and save survivors. Build your encampment to defend yourself against enemy attacks. Get to the chopper and lay waste on enemy bases to steal their resources. Battle other players in solo and team multiplayer tournaments. Band together with other human factions.

Challenge Zombie Bosses
Defend yourself against zombies that can jump, wear police armor, or explode with toxic gas

Build and Customize Your Base
Build, customize, and defend your encampment from zombies and rival factions. Locate survivors, loot materials and band together to overcome a post-apocalyptic world 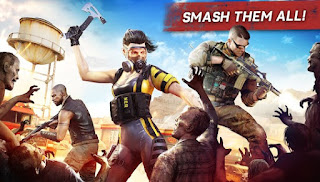 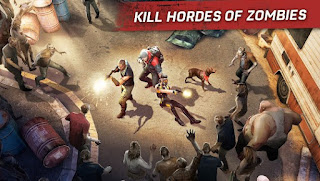 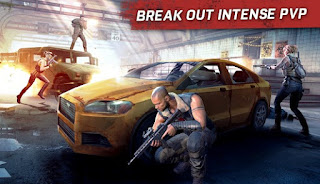 v3.5.0 Original. Mod: endless ammo
12/20/2019 – New opportunities for CLANS:
– Clan abilities: become stronger by participating in the clan’s life!
– Clan seasons: abilities and rewards for high places.
– Signs of the clan: emblem of the clan for a high place in the clan season!
– Support 60 FPS for high and superior graphics quality.
– Improved the effect of “Armor plate”. Now it is different from “Painkiller”.
– Fixed camera when hit with a machete.
– Fixed display of points in the Tournament Pass.
– Fixed data collection in PvP matches.

OBB for the game Left to Survive: Zombie Survival Shooter: unzip the archive folder into / Android / obb /
– it should look like this: / Android / obb /com.glu.zbs/
– install apk, start the game!