James Cameron’s Avatar: The Game is a 2009 third-person action video game based on James Cameron’s 2009 film Avatar. The game was developed by Ubisoft Montreal and released on the PlayStation 3, Xbox 360, Microsoft Windows, Wii and Nintendo DS on December 1, 2009, with a PSP version released later on December 7, 2009.6,7 It uses the same technology as the film to be displayed in stereoscopic 3D.8 As of May 19, 2010, the game has sold nearly 2.7 million copies.9

The game, which acts as a prequel to the film, features Sigourney Weaver, Stephen Lang, Michelle Rodriguez, and Giovanni Ribisi reprise their roles from the film. The casting and voice production for Avatar: The Game was handled by Blindlight.

A yet untitled sequel was reported to be in production.11

Set in 2152, two years before the events of the film, Avatar: The Game starts out with a new signals specialist, named Able Ryder, arriving at Pandora, assigned to an area called Blue Lagoon, a large piece of jungle, fenced in to make sure no larger predators get inside. Their first mission is to save five marines from Viperwolves with their CO, Kendra Midori, suggesting they use a turret to help fend off the wolves. After saving the marines, Ryder must go help another Sig Spec, Dalton, who is afraid of the Viperwolves and trapped outside the fence. 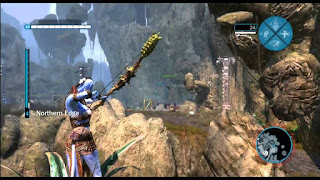 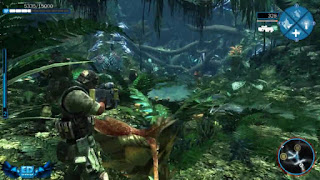 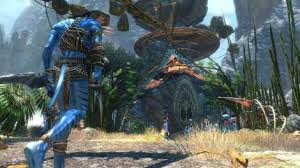