Into the Breach is a turn-based strategy video game developed and published by indie studio Subset Games, consisting of Justin Ma and Matthew Davis. Into the Breach is their second game, following FTL: Faster Than Light. It features writing by Chris Avellone and music composed by Ben Prunty. It was released for Microsoft Windows in February 2018, for macOS and Nintendo Switch in August 2018, and for Linux in April 2020. The Nintendo Switch version was released in Japan on September 18, 2020.1

Into the Breach is set in the far future where humanity fights against an army of giant monsters collectively called the Vek. To combat them, the player controls soldiers that operate giant mechs that can be equipped with a variety of weapons, armor, and other equipment.

The game uses a turn-based combat system, allowing the player to coordinate the actions of their team in response to enemy moves and actions that serve to telegraph their attacks.2 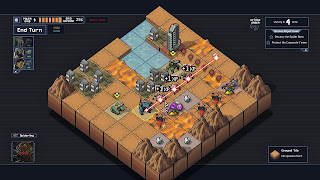 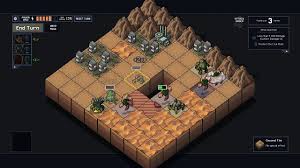