This game was the second release from developers Playdead, the team behind it’s predecessor LIMBO. LIMBO was a wonderfully dark puzzle-platformer with rogue-like elements to it if you were going for the 100%. I had high hopes for INSIDE. I am pleased to say the devs delivered.

INSIDE is very similar to Limbo, which isn’t a bad thing at all. It has no narrative, very similar dark but beautiful artwork, throws you straight in with no guide or help and runs like a dream.

You are a boy. A boy that is on the run through woods, fields, quarry’s, buildings and water. What are you running from? What are you running to? Throughout the game, there is a sense of mystery as to what is going on around you. The level detail is minimal but beautiful and dark. Unlike LIMBO which had just black, white and grey colours, this game is still very dark but they have added some, albeit very little colour. I liked it!

The game is no way near as difficult or as brutal a LIMBO could be at times. It has far less big fancy creatures like giant spiders. A totally different setting but similar to LIMBO in some ways. All the puzzles are relatively straightforward and this game has 14 unlockable achievements, none of which require a speed run or to complete the game with no deaths. All the achievements are collectables within the game.

Overall the game is short, fun, runs well, great follow up and delivery from the devs comparing this to LIMBO and overall it is well worth the money. I think this game got the nod for multiple Game of the Year awards in 2016. Thumbs up on that! 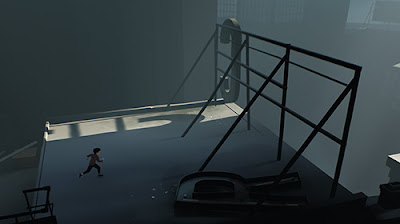 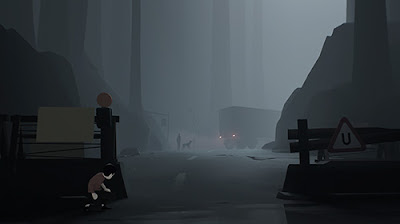 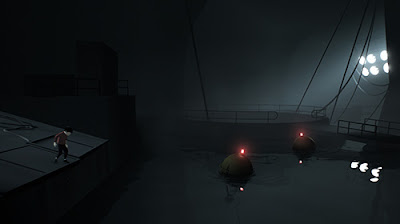