Hellblade  Senua’s Sacrifice is a dark fantasy action-adventure game developed and published by the British video game development studio Ninja Theory. Inspired by Norse mythology and Celtic culture, the game follows Senua, a Pict warrior who must make her way to Helheim by defeating otherworldly entities and facing their challenges, in order to rescue the soul of her dead lover from the goddess Hela It was released worldwide for Microsoft Windows and PlayStation 4 in August 2017, Xbox One in April 2018, and Nintendo Switch in April 2019. Hellblade features support for virtual reality, which was added in a 2018 update.

Self-described as an “independent AAA game”, Hellblade was created by a team of approximately twenty developers led by writer and director Tameem Antoniades. The game blends several genres, including hack and slash, puzzle solving, and psychological horror. Voice acting is an integral part of the game, while its cutscenes combine motion capture by Melina Juergens, and live action performances by other actors. The game’s narrative serves as a metaphor for the character’s struggle with psychosis, as Senua, who suffers from the condition but believes it to be a curse, is haunted by an entity known as the “Darkness”, voices in her head known as “Furies”, and memories from her past. To properly represent psychosis, developers worked closely with neuroscientists, mental health specialists, and people suffering from the condition.

Hellblade was a commercial success and was well-received by critics, who praised it as a work of art and applauded its uncommon choice of revolving around psychosis, the quality and uniqueness of its approach of the condition, and its story and main character. Its overall presentation, along with Juergens’ performance, were also considered superior in quality to what independent games usually provide, although its gameplay and other elements received some criticism. The game sold over a million copies across all platforms by June 2018. A sequel, Senua’s Saga: Hellblade II, was announced at The Game Awards 2019. 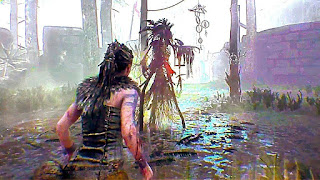 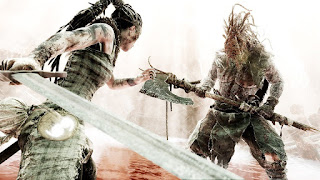