Halo: Reach is a 2010 first-person shooter developed by Bungie and published by Microsoft Game Studios, originally for the Xbox 360. The fifth installment in the Halo series and a direct prequel to Halo: Combat Evolved, Reach was released worldwide in September 2010. The game takes place in the year 2552, where humanity is locked in a war with the alien Covenant. Players control Noble Six, a member of an elite supersoldier squad, when the human world known as Reach falls under Covenant attack.

After releasing Halo 3 in 2007, Bungie split into teams to develop two different games—what would become Halo 3: ODST and Reach. The developers decided to create a prequel to the original Halo game trilogy, freeing themselves from the obligation of addressing old story threads. As the game would take place on a human world doomed to be destroyed, they focused on making the environment a character unto itself. Longtime Halo composers Martin O’Donnell and Michael Salvatori returned to compose Reach’s music, aiming for a more somber sound to match the story.

Reach was announced at the Electronic Entertainment Expo 2009 in Los Angeles, California, and the first in-engine trailer was shown at the 2009 Spike Video Game Awards. Players who purchased ODST were eligible to participate in a Reach multiplayer beta in May 2010; the beta allowed Bungie to gain player feedback for fixing bugs and making gameplay tweaks before shipping the final version. Microsoft gave Reach its biggest game marketing budget yet and created award-winning live-action commercials, action figures, and interactive media to promote the game.

The game grossed US$200 million on its launch day, setting a new record for the franchise. Reach sold well in most territories, moving more than three million units its first month in North America. Critical reception was positive; reviewers from publications such as GamePro, IGN, and Official Xbox Magazine called it the best Halo title yet. Critics generally praised the game’s graphics and sound, but the plot and characters were less positively received. Reach was Bungie’s final Halo game; subsequent games have been overseen by Microsoft subsidiary 343 Industries. The game was released for Microsoft Windows and Xbox One as part of the Halo: The Master Chief Collection in December 2019. 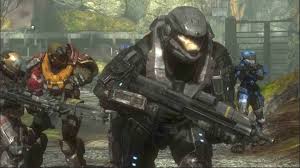 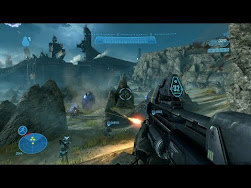 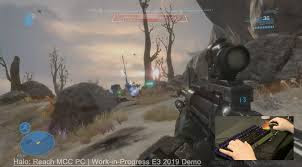