Halo 3 is a 2007 first-person shooter game developed by Bungie for the Xbox 360 console. The third installment in the Halo franchise, the game concludes the story arc begun in 2001’s Halo: Combat Evolved and continued in 2004’s Halo 2. Halo 3’s story centers on the interstellar war between twenty-sixth century humanity, a collection of alien races known as the Covenant, and the alien parasite Flood. The player assumes the role of the Master Chief, a cybernetically enhanced supersoldier, as he battles the Covenant and the Flood. The game features vehicles, weapons, and gameplay elements not present in previous titles of the series, as well as the addition of saved gameplay films, file sharing, and the Forge map editor—a utility which allows the player to perform modifications to multiplayer levels.

Bungie began developing Halo 3 shortly after Halo 2 shipped. The game was officially announced at E3 2006, and its release was preceded by a multiplayer beta open to select players who purchased the Xbox 360 game Crackdown. Microsoft spent $40 million on marketing the game, in an effort to sell more game consoles and broaden the appeal of the game beyond the established Halo fanbase. Marketing included cross-promotions and an alternate reality game. The game was released in September 2007. 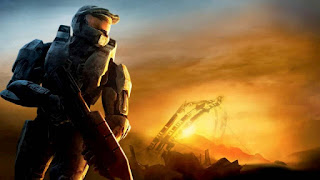 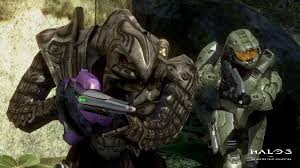 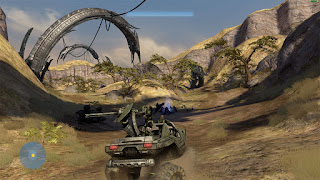