God Eater Goddo Ītā is a series of sci-fi action role-playing video games developed by Shift and published by Bandai Namco Entertainment, starting with the titular game released on February 4, 2010 for the PlayStation Portable.1 The series depicts the desperate battle between humanity and a race of omnivorous monsters in a futuristic post-apocalyptic world. As of February 2019, the franchise has six games (including three revamped games), several manga and light novel adaptations, soundtracks, and an anime adaptation.

The gameplay consists of players embarking on various missions to hunt specific monsters. The primary goal of the game is to complete missions by successfully taking out powerful monsters, retrieving their parts through “devouring”, breaking a certain body part of an Aragami or receiving them as rewards, and using them as materials to craft or upgrade parts for the God Arc.

Players are able to customize the equipment in their God Arc, such as its “Blades”, “Shield”, “Gun”, and “Control Unit”. “Control Units” are mods that can be equipped to the God Arc, giving status buffs upon entering “Burst Mode”. 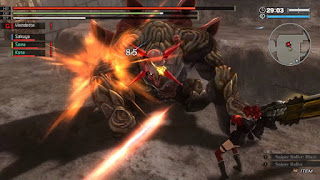 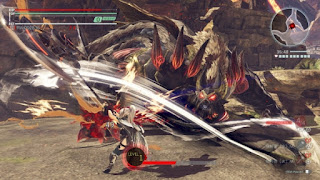