Dying Light is a 2015 survival horror video game developed by Techland and published by Warner Bros. Interactive Entertainment. The game’s story revolves around an undercover agent named Kyle Crane who is sent to infiltrate a quarantine zone in a Middle-eastern city called Harran. It features an enemy-infested, open-world city with a dynamic day–night cycle, in which zombies are slow and clumsy during daytime but become extremely aggressive at night. The gameplay is focused on weapons-based combat and parkour, allowing players to either fight or flight when presented with dangers. The game also features an asymmetrical multiplayer mode (originally set to be a pre-order bonus), and a four-player co-operative multiplayer mode.

The development of the game began in early 2012, after the team completed the development of Dead Island. The game’s parkour system puts emphasis on natural movement. To implement that, Techland had to abandon most of the story elements and build them again from scratch. To create a story that would suit the taste of the American audience, the writing team collaborated with Dan Jolley. The story was inspired by both Heart of Darkness and The Plague. Announced in May 2013, it was released in January 2015 for Microsoft Windows, Linux, PlayStation 4, and Xbox One. The game was once planned to be released on PlayStation 3 and Xbox 360, but these versions were cancelled due to hardware limitations.

At release, Dying Light received positive reviews from critics, with praise mainly directed at the combat, graphics, co-operative multiplayer, navigation and the day–night cycle, while receiving criticism regarding the story, difficulty, and technical issues. The game was the best-selling title of January 2015 and broke the record for first-month sales of a new survival-horror intellectual property. The game was a commercial success, amassing more than 17 million players by the end of 2019. Techland committed to supporting the game, and released downloadable content packs, content drops and free updates for the game several years after the initial launch. An expansion, titled Dying Light: The Following, was released in February 2016. A sequel, Dying Light 2, was announced at E3 2018. 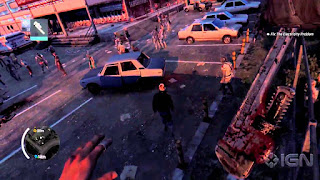 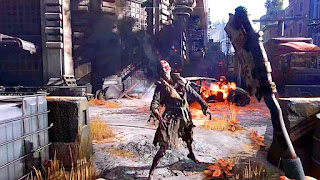 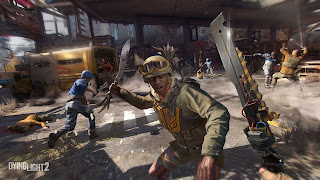