Crypt of the Necro Dancer is a rogue like rhythm video game developed and published by Canadian independent game studio Brace Yourself Games.1 The game takes fundamental elements of a rogue like dungeon exploration game and adds a beat-matching rhythm game set to an original soundtrack written by Danny Baranowsky

The player’s actions are most effective when moving the character set to the beat of the current song and are impaired when they miss a beat, so it is necessary to learn the rhythmic patterns that the various creatures follow. The mixed-genre game includes the ability to import custom music, and the option to use a dance pad instead of traditional controllers or the keyboard. The game was released for Microsoft Windows, OS X, and Linux in April 2015, being co-published by Klei Entertainment, for the PlayStation 4 and Vita in February 2016, for the Xbox One in February 2017, and for Nintendo Switch in February 2018. Crypt of the NecroDancer Pocket Edition, developed for iOS, was released in June 2016.

A crossover title, Cadence of Hyrule, featuring music and elements from The Legend of Zelda, was released in June 2019 for the Nintendo Switch. 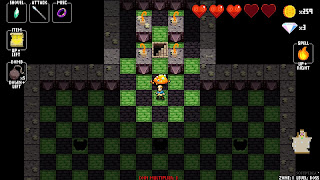 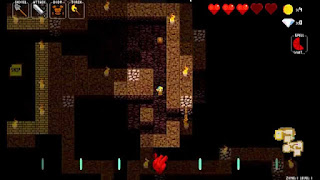 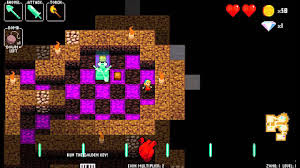