Child of Eden is a rail shooter game created by Tetsuya Mizuguchi, developed by Q Entertainment and published by Ubisoft.4 The game announcement opened Ubisoft’s pre-E3 2010 press conference and was one of the first titles shown with support for Xbox 360’s Kinect peripheral. The game serves as a spiritual successor to Mizuguchi’s game Rez,5,6,7 and sees players shoot at various targets which produce melodic sounds upon destruction. It was developed for Xbox 360 and PlayStation 3 and is compatible with Kinect and PlayStation Move[8] and standard controllers for both consoles.9,10

As was the case with Rez, Child of Eden is presented as an experiment on synesthesia, integrating sound, vision and touch in one seamless experience. The game features music from Genki Rockets.11

Child of Eden takes place during the creation of Project Lumi, whereas Rez dealt with its protection from a later attack.12 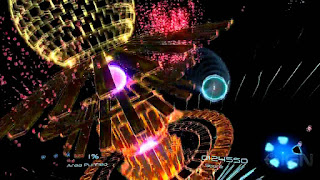 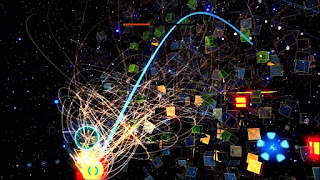 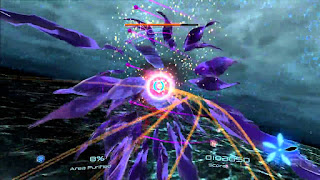