Borderlands: The Pre-Sequel is an action role-playing first-person shooter video game developed by 2K Australia, with assistance from Gearbox Software and published by 2K Games. It is the third game in the Borderlands series, and is set after 2009’s Borderlands and before 2012’s Borderlands 2. It was released for Microsoft Windows, OS X, Linux, PlayStation 3 and Xbox 360 on 14 October 2014. PlayStation 4 and Xbox One ports were released as part of Borderlands: The Handsome Collection on 24 March 2015.

The storyline of The Pre-Sequel focuses on Jack, an employee of the Hyperion corporation; after the company’s Helios space station is captured by a military unit known as the Lost Legion, he leads a group of four Vault Hunters—all of whom were non-playable characters and bosses in previous Borderlands games—on an expedition to re-gain control of Helios, defeat the Lost Legion, and find the hidden vault on Pandora’s moon Elpis. The game expands upon the engine and gameplay of Borderlands 2 and introduced gameplay mechanics, including low-gravity environments, freeze weapons, and oxygen tanks, which are used to navigate and perform ground slamming attacks.

The Pre-Sequel received positive reviews; while praised for its new gameplay features, character classes, and for maintaining the trademark humour and style of previous entries in the franchise with an additional Australian comedy flair, the game was criticized by some for having confusing level designs, and for not providing many significant deviations from the core mechanics and gameplay of Borderlands 2 to make the game more than simply a standalone “expansion pack” for it. 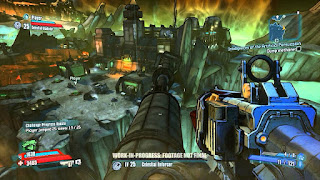 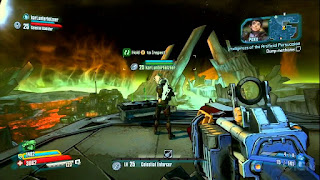 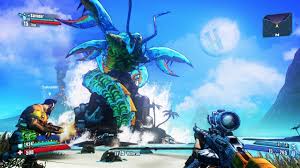