Batman: Arkham is a series of action-adventure video games based on the DC Comics character Batman, developed by Rocksteady Studios1,2 and WB Games Montréal, and published by Warner Bros. Interactive Entertainment. The first two Rocksteady games were written by veteran Batman writer Paul Dini and featured voice actors Kevin Conroy and Mark Hamill reprising their roles as Batman and the Joker, respectively,

from the DC Animated Universe (DCAU). Conroy and Hamill returned to voice their characters in the fourth main installment of the series, Batman: Arkham Knight. The franchise consists of four main titles, with additional mobile games, and a virtual reality game, Batman: Arkham VR. A spin-off, Suicide Squad: Kill the Justice League, also developed by Rocksteady, is set to be released in 2022. The continuity established by the games is often referred to as the “Arkhamverse”, and is part of the larger DC Multiverse.

The Arkham games depict Batman’s conflict with various supervillains from his rogues’ gallery, primarily his archenemy, the Joker. In the first game, Batman: Arkham Asylum (2009), the Joker comes up with an elaborate plot to take over the eponymous Arkham Asylum and trap Batman inside with all his incarcerated foes, while he is working on another, more sinister plan involving a super-steroid called “Titan”. In the second game, Batman: Arkham City (2011), set one year later, Batman is imprisoned in Arkham City, a new super-prison based in the decaying urban slums of Gotham City, and attempts to uncover a sinister scheme orchestrated by the prison’s warden, Hugo Strange. Meanwhile, the Joker is dying from a disease inflicted by the unstable Titan, and forces Batman to find a cure by infecting him as well. The third main game in the series,

Batman: Arkham Origins (2013), is a prequel set eight years before Arkham Asylum, and follows a younger and less-refined Batman, who becomes the target of eight deadly assassins hired by the crime lord Black Mask to kill him on Christmas Eve. In the fourth and final installment, Batman: Arkham Knight (2015), set nine months after Arkham City, the villain Scarecrow forces a citywide evacuation in Gotham and unites some of Batman’s greatest enemies in an attempt to destroy him once and for all, aided by the mysterious Arkham Knight, who has a personal vendetta against the Dark Knight. Batman’s quest to stop the two villains is made more difficult by a disease inflicted by the late Joker, which is slowly transforming him into the Joker himself. 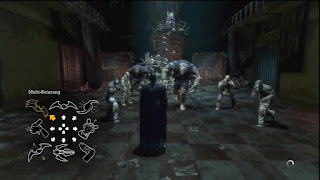 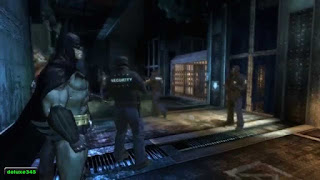 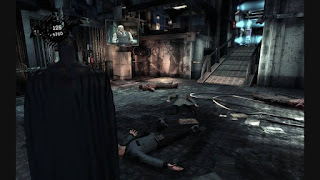