First, let me say that I’m not recommending this game, not because of the game itself or anything in it, but because of Ubisoft’s continued negligence of fixing bugs associated with this franchise.

The game itself is like other AC creeds. If you’ve played them and like them, this one shouldn’t really be any different, other than being set in London. However, there is one new game mechanic that I thought was long-overdue that they finally included; early in the game you get a sort of hookshot tool which allows you to scale buildings almost instantly. It also allows you to move from rooftop to rooftop almost instantly as well. This is a HUGE time-saver. In the past, you could be on a roof and see something you need 2 rooftops away. If the city block was oddly shaped, sometimes to best way of proceeding was to climb down the building, then up and down the next building, and then up the 2nd building just to get the item. This was tedious as all hell. This new hookshot device eliminates most of that, and takes away one of my biggest complaints. That sort of thing was fun the first 2 or 3 games, but now it’s just a chore. Good on you Ubisoft, for finally including that tool.

However, I’m still downvoting this game because it bugs out and stops running after every major sequence, and after some minor sequences as well. Apparently the issue has something to do with UPlay trying to update itself, and can be worked around by simply playing offline. What the hell, Ubisoft, fix your crap. This is now the 2nd AC game that had some sort of crashing bug in it, and although people complain about it regularly enough, Ubi continues to raise the middle finger high and proud, so I’m not buying any more of their games until they finally get their act together, and you shouldn’t either. 😉 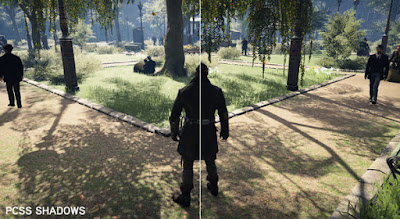 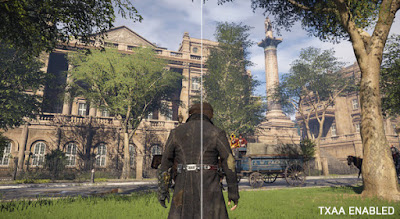 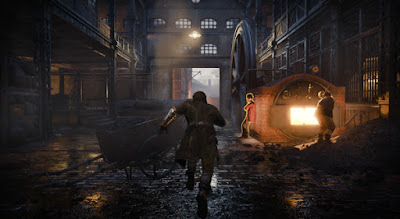