Ashen is an action role-playing game developed by New Zealand studio A44 and published by Annapurna Interactive. It is set in a low fantasy environment.

The game is set in a sunless world and tells the story of a character seeking a home. Gameplay is described as including open-world exploration, co-operation or competition with other players, and combat with in-world monsters.2 The game is presented in a third-person view, with a muted cel-shaded graphics presentation.3

The game follows the Dark Souls-style mechanics and combat. Both combat and exploration in an open world were key design elements of the game. Multiplayer elements include interactions with other players, which are incorporated into the game as providing traditional RPG elements such as crafting.[4] Combat includes ranged and melee weapons.5

Character growth is primarily dominated by equipment, rather than player ‘stats’;6 “Talismans”, either found or crafted, are used to upgrade character abilities or provide other in-game perks.7 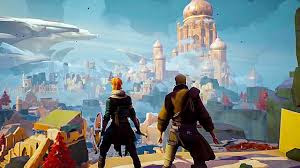 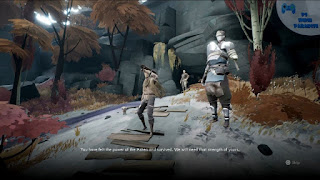 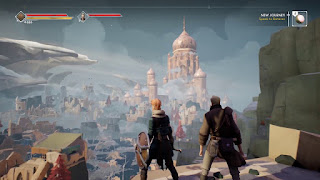